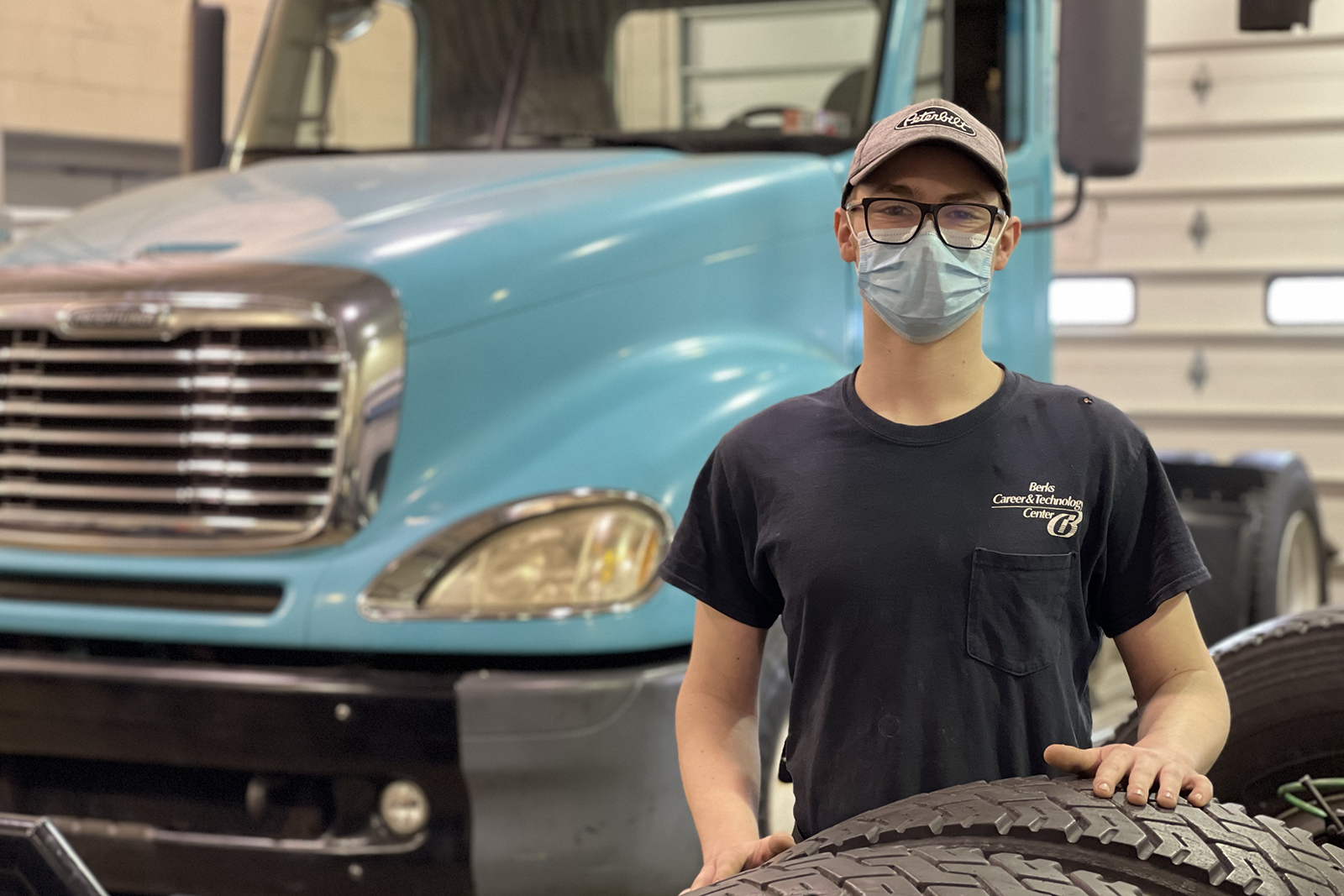 Congratulations to Vinny Biancone, a senior at Exeter and BCTC student, who placed first in Diesel Equipment Technology during the SkillsUSA District 4 competition. During the competition, Vinny had to demonstrate his knowledge and skills by taking part in a general knowledge test, diagnosing a “no-start” on a truck, adjusting and measuring wheel bearings, evaluating load and battery performance, and using tools for precision measurements. Vinny’s always been interested in cars and trucks, but turned his dream of working on them into reality when he became a student at BCTC in his sophomore year, which led to a summer job and co-op while in high school, as well as an expected employment offer at a local truck repair and service center after graduation. Vinny was selected to represent BCTC in the competition, which included students in 16 senior high and post-secondary schools in Berks, Chester, Cumberland, Lancaster and York counties. Exeter’s proud to congratulate Vinny today and recognize all of the amazing skills our BCTC and Exeter students learn--especially during February, which is Career and Technical Education month. Congratulations Vinny!