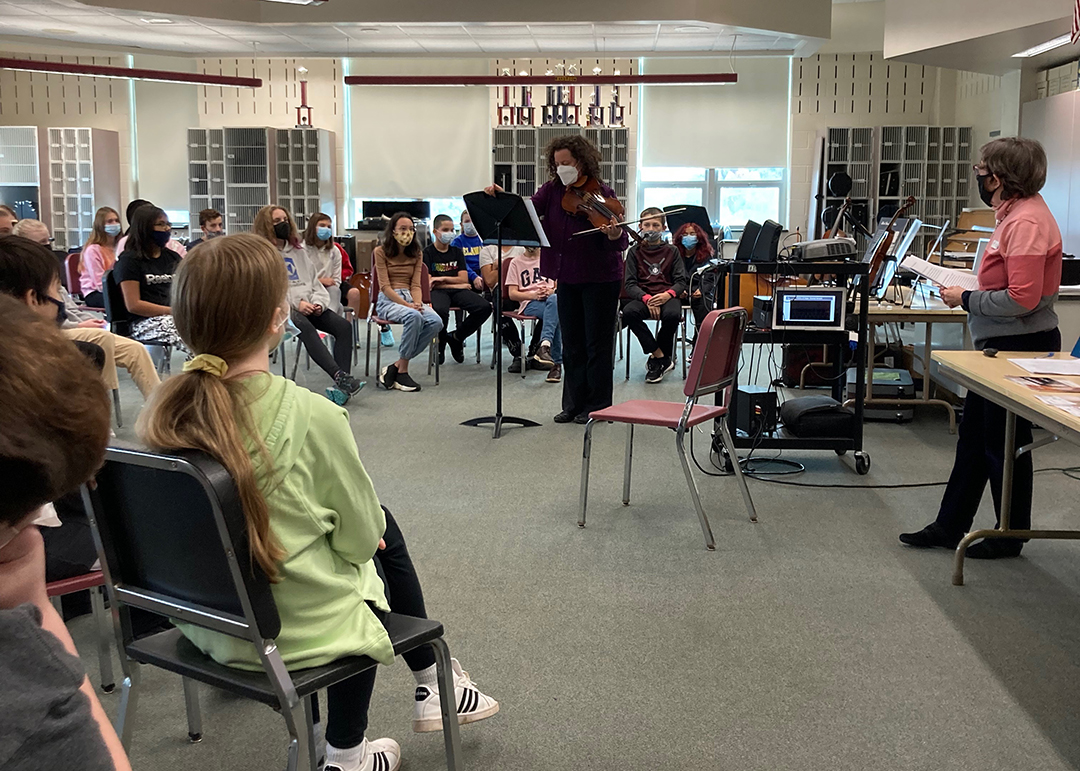 The Junior High was surrounded by the sound of string instruments as "Violins of Hope," a traveling project that's part museum, part concert and part history lesson presented a series of instruments, discussion and Holocaust history to students last Friday as part of a traveling exhibit. Students listened and had a chance to get up close with these antique instruments, all of which were originally owned or played by a Jewish musician during the Holocaust and many of which are adorned with hand-painted Stars of David to signify the instrument's and its owner's relationship to the era. According to the organization, which was founded by violin makers Amnon and Avshalom Weinstein, father and son, Violins of Hope is not only a memorial to a lost culture and people, it is also an educational act that reaches young students and adults wherever their concerts are performed. In recent years, some of the best world-celebrated orchestras held Violins of Hope concerts, including the Berlin Philharmonic, the Cleveland Symphony and many others.

Exeter was one of 16 schools in Berks lucky enough to be a part of the 2-week traveling project, which included concerts, exhibits, film viewing lectures and community events.