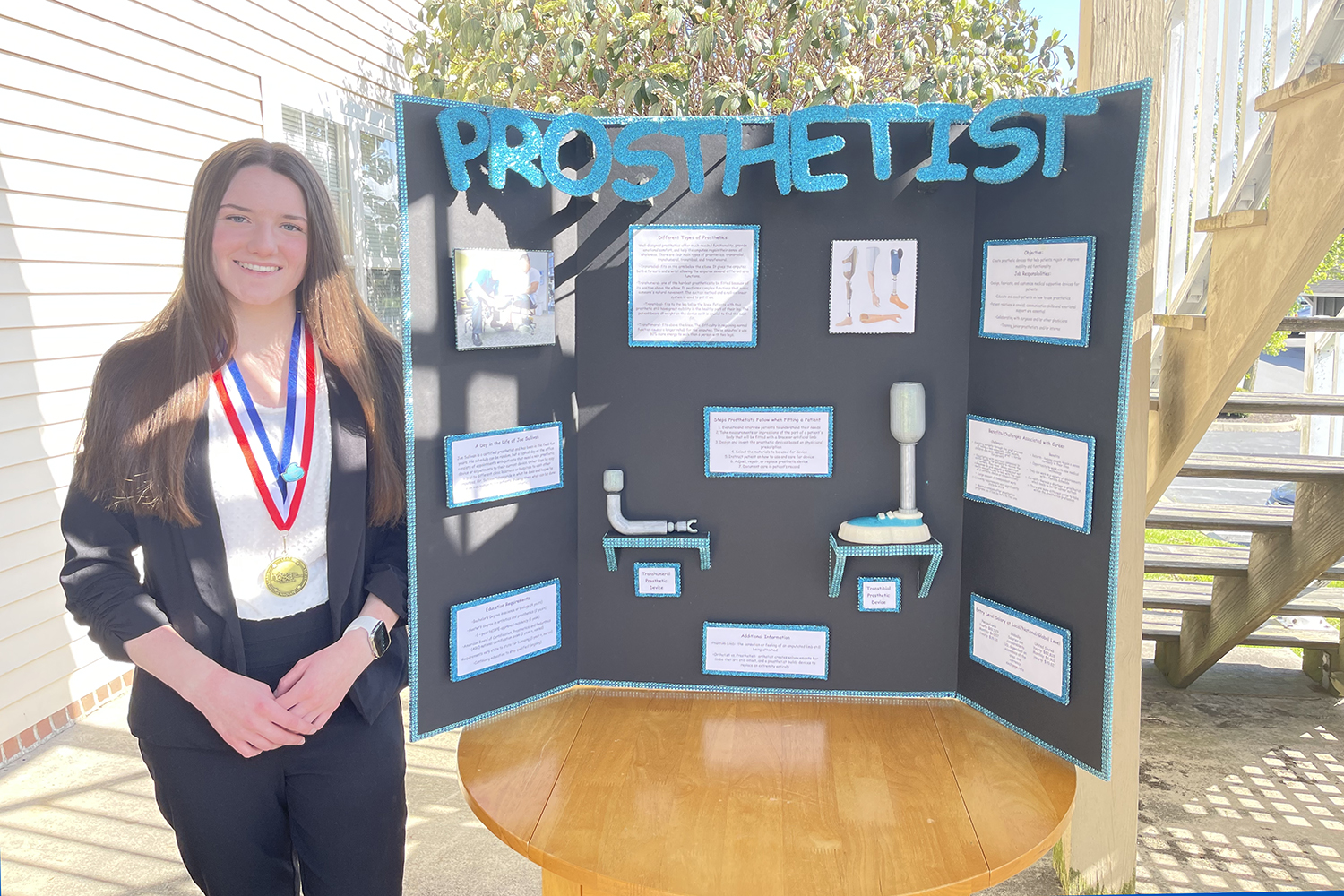 Athletic Director Tom Legath was presented with the Berks County Interscholastic Athletic Association’s Sportsmanship Award on Monday, which is voted on by a committee of athletic directors and coaches throughout Berks County. Superintendent Dr. Kimberly Minor made the announcement during this week's Board of School Director's meeting: “I am extremely proud of this trophy,” she said. “During a year that will likely go down i

Congratulations to Rachel Tschudy, a student at Exeter’s Cyber Academy and Berks Career and Technology Center (BCTC), who placed first at the Health Occupations Students of America (HOSA) State Leadership Conference for her Health and Career Display. The HOSA State Leadership Conference is an opportunity for future health care professionals to come together, learn, compete and have fun. Rachel and her BCTC partner, Sydney Werner, a junior at Conrad Weiser, had to create a poster displaying a career in health care, as well as that career’s daily tasks, average salary, statistics and other relevant information. Sydney’s dad is an amputee and Rachel says that, “This, along with my interest in orthopedics, sparked the idea of researching a prosthetist.” Their poster consisted of two miniature 3D printed prosthetic devices, information about the devices–and lots of glitter! Rachel worked with the Mechatronics program at BCTC to make the 3D printed prosthetic devices. She said the hardest part of the project was designing the 3D models, but,“it was cool to see how medicine and technology can mix.” Rachel and Sydney’s event had two rounds of judging: the first where judges looked at the project, and the second where the competitors had to present a five-minute oral presentation about a more in-depth look into their project. Rachel says that she, “...was pretty nervous before we went in to present, but I was very confident in our display and presentation.” Now that they have won at the state level they will move on to compete at the national competition in Tennessee this June!

Rachel, a sophomore, hopes that this experience will help her achieve her career goals. Following graduation from Exeter and BCTC, she plans on attending college and then medical school to fulfill her dreams of becoming an orthopedic surgeon.

-Thanks to Avery Burke for writing this article. Avery is an intern in the ETSD's Communications Department.