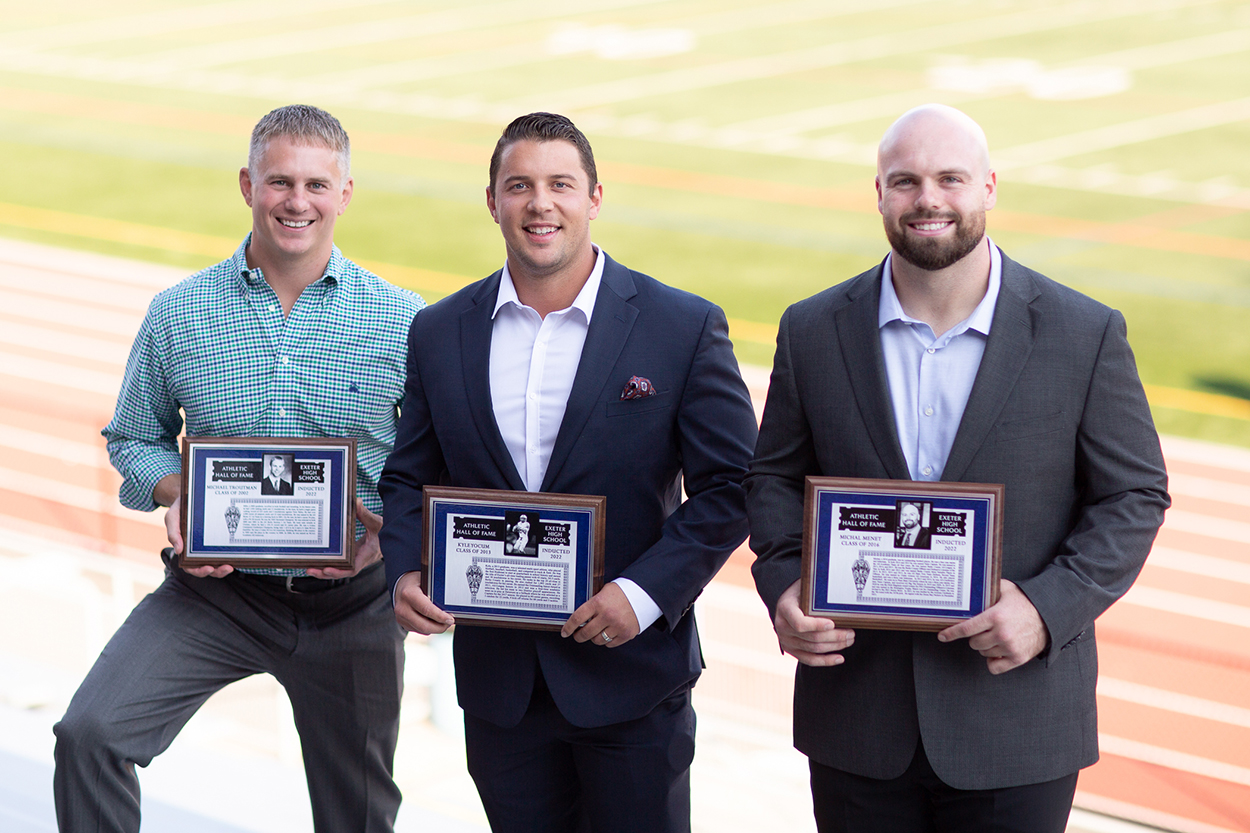 The Exeter Township School District will induct three athletes into their 2022 Athletic Hall of Fame tonight in a ceremony to be held in the Exeter Township Senior High’s cafeteria, followed by a presentation of the athletes in Don Thomas Stadium during halftime of the Exeter vs. West York football game. The athletes who will be inducted are: Michal Menet, a 2016 graduate; Michael Troutman, a 2002 graduate; and Kyle Yocum, a 2013 graduate.

Menet was a four-year starter and letterman and captain of the team in 2014 and 2015. He was named to the All-Academic Team all four years. He was named Berks County All-League in 2013, 2014, and 2015. He was the Berks County Offense and Defensive Lineman of the Year in both 2014 and 2015 and was named Berks County Most Valuable Player in 2015. In 2013, 2014 and 2015, he was All State First Team Defense, Second Team Offense. He was named an Under Armour All American in 2016. He also played basketball, and was a three-year letterman. In 2013 and 2014, he was All-Conference Basketball. He went on to Penn State University where he was a three-year starter, two-time Team Captain and received All Big Ten honors in 2019 and 2020. In 2019 and 2020 he was the Dick Maginnis award winner for PSU Outstanding Offensive Lineman and was named to the Rimington Trophy Watch List for Outstanding Center. He was invited to the 2021 Senior Bowl. In 2021, he was drafted by the Arizona Cardinals in the 7th round with the 247th pick. He signed with the Green Bay Packers in December 2021 and is currently a free agent.

Troutman excelled in both football and wrestling. In his senior year, he had 1,026 rushing yards and 15 touchdowns. At the time, he held a single game rushing record of 224 yards and five touchdowns against Twin Valley. He had over 2,000 career all purpose yards and 25 total touchdowns. He was named to the All Berks 1C 1st Team as a running back in 2001. On the mat, he had a career 50 pins, with a 94-30 record. He was the 2002 Sectional Champion. He was selected in both 2000 and 2001 to the All Berks Section 1 1st Team. He went on to wrestle at Ursinus, where he had a 136-19 record and 61 career pins. He was a four-time Centennial Conference Champion, being only one of six to do it and a four-time NCAA Qualifier. He was a two-time NCAA All American, finishing 8th place in the country in 2005 and 5th place in the country in 2006. In 2006, he was named an NCAA Academic All American.

Yocum played football, baseball, basketball, and competed in track and field. He was the first freshman to start at quarterback in school history and earned the title of Exeter’s all-time leading passer with 43 starts, 3,815 yards, and 38 touchdowns in his career. He ranks in the top 20 all-time in Berks County in passing. He also rushed for 1,955 yards and 27 touchdowns for his career. He earned the Outstanding Junior Award in 2011, All-League honors in 2012 and was a four-time academic selection. He led his team to two District playoff appearances. He went on to play at Delaware as a fullback where he was selected as a Captain for the 2017 season. He played in 40 career games, recording three catches for 22 yards, four kick-off returns for 60 yards and five tackles. 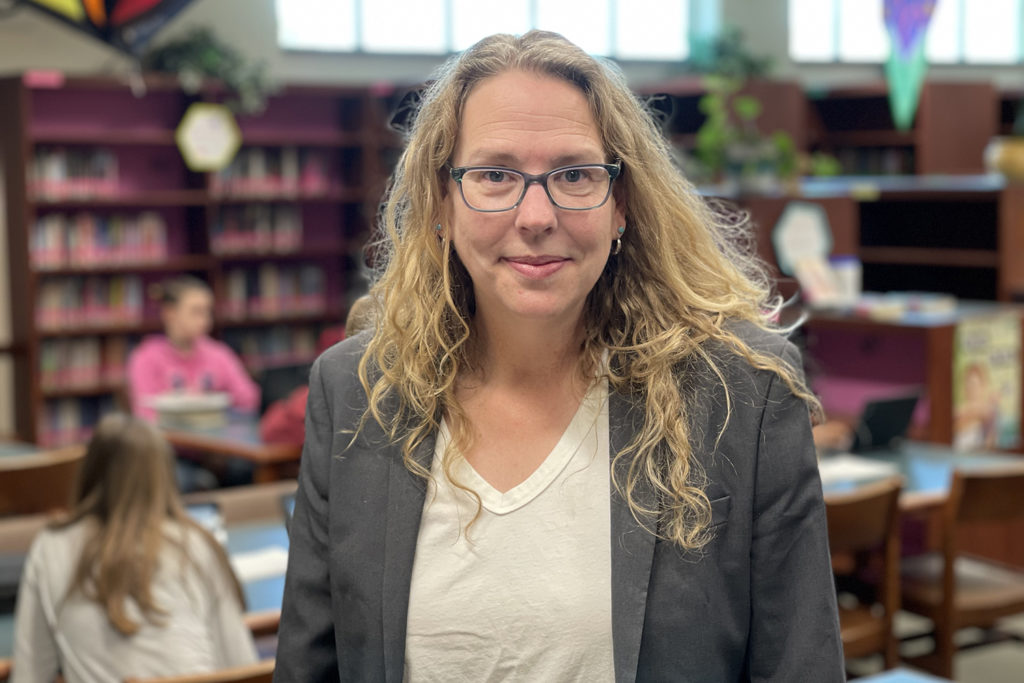 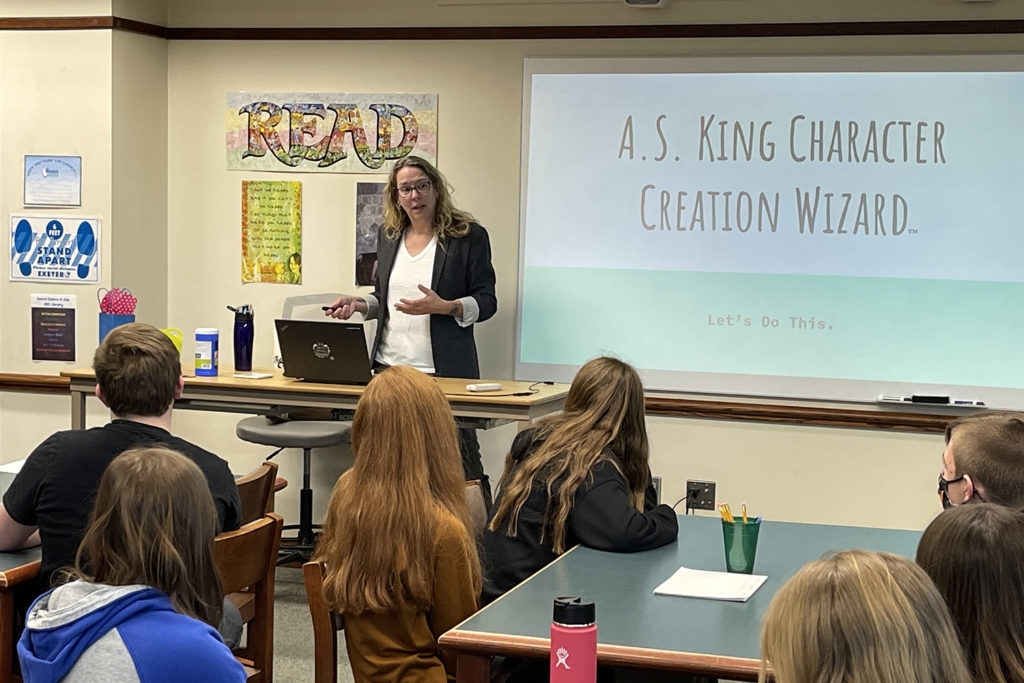 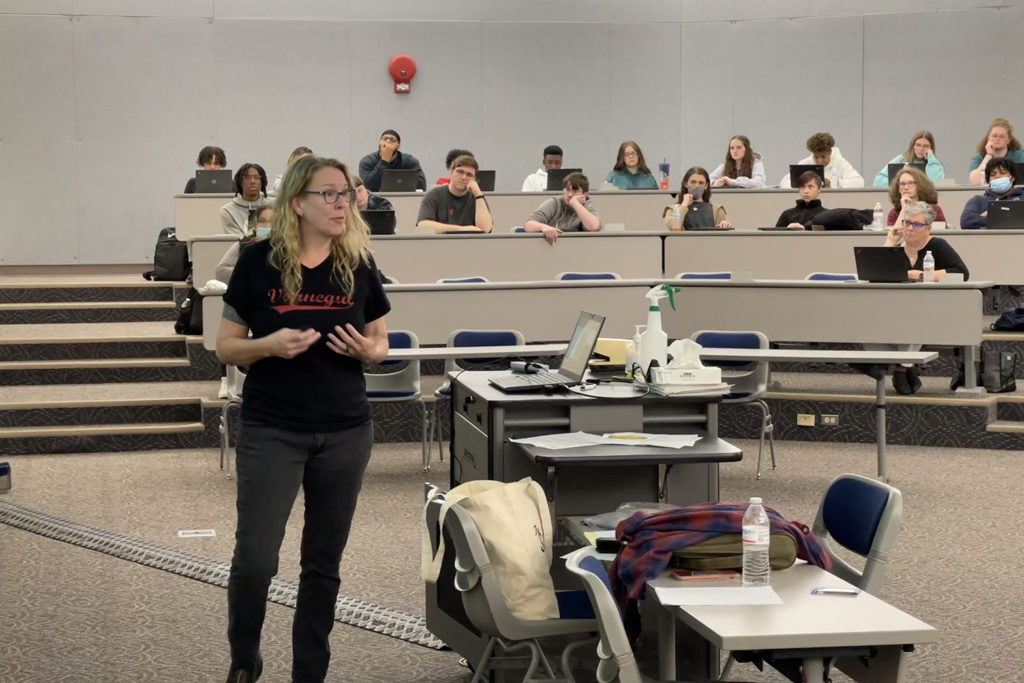 Exeter alum Amy Sarig King ‘88, known professionally as A.S. King, author of more than a dozen young adult books, such as “Switch,” “Dig,” and “Still Life With a Tornado;” recipient of many literary awards, including the Michael L. Printz Award and the Los Angeles Times Book Prize; and champion for teenagers everywhere, returned to her former high school on Thursday and her former junior high on Friday to inspire a new generation of Eagles to make characters, to make stories, to make art–and to push through some of the most difficult–yet foundational–years of their lives. “Teenagers are going through a lot. I survived (those years) because this is where I learned to write.”

Describing herself as a student who was “weird, with an arty brain,” King pointed out the exact assignment that perhaps was the genesis for her entire career. In 9th grade, she was assigned to write about an inanimate object; she chose a can of succotash. Her teacher, Patti Vroman, was enthusiastic about King’s results and, “made me feel like I had done something right.” From there, she says, she started to find her voice and develop her confidence as a writer.

During two days filled with presentations, workshops and discussions, it doesn’t take long to discover that King writes for teens because she deeply appreciates these formative years and the complicated journey they go through as they discover themselves. She also says that it was her own journey here in Exeter that deeply affects and influences her writing–with some of those events finding retold homes in her books. Today, she says that both her writing and teaching work is meant to lift up the generation who she describes as not being appreciated by the general public. “They’re hurtful toward them,” she says, her voice softening. “I want to give them a place to express their feelings and give them an outlet… I want to be able to help teenagers understand that what they have to say and what they feel is actually important. I don’t think they’re given that message enough.”

When she’s not writing novels, speeches or teaching, King holds writing workshops and lectures all over the world for little kids to big kids to Ph.D. students–and everyone in between–as Exeter students were so lucky to have found out when she delivered two full days of presentations, workshops and discussions with students at both the Junior and Senior High this week. Exeter librarians Nancy Gajewski and Kate Sowers organized the event and invited King because of her ties to Exeter–and because “I love her novels,” said Junior High Librarian, Kate Sowers. Nancy Gajewski echoed the same sentiment, and added, "Her life experiences are also amazing and her honesty with the kids was refreshing."

Interestingly, King’s writing workshop for dozens of 9th through 12th graders on Thursday afternoon mirrored her assignment back in Exeter during the 80s as she began the workshop asking students to develop a character by writing from the point of view of a relatable inanimate object.

“Trust me,” she said, as if she knew the success of the assignment. 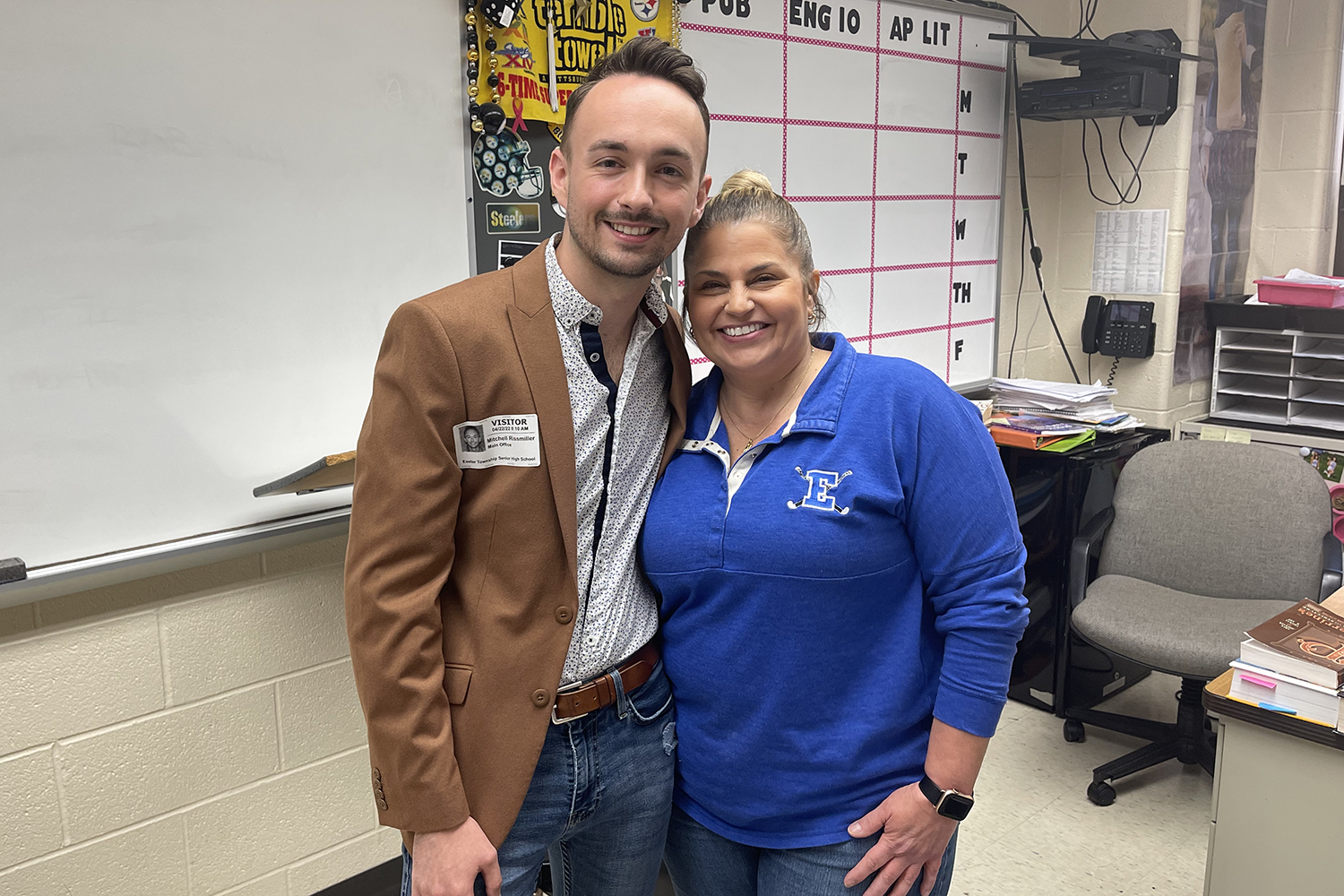