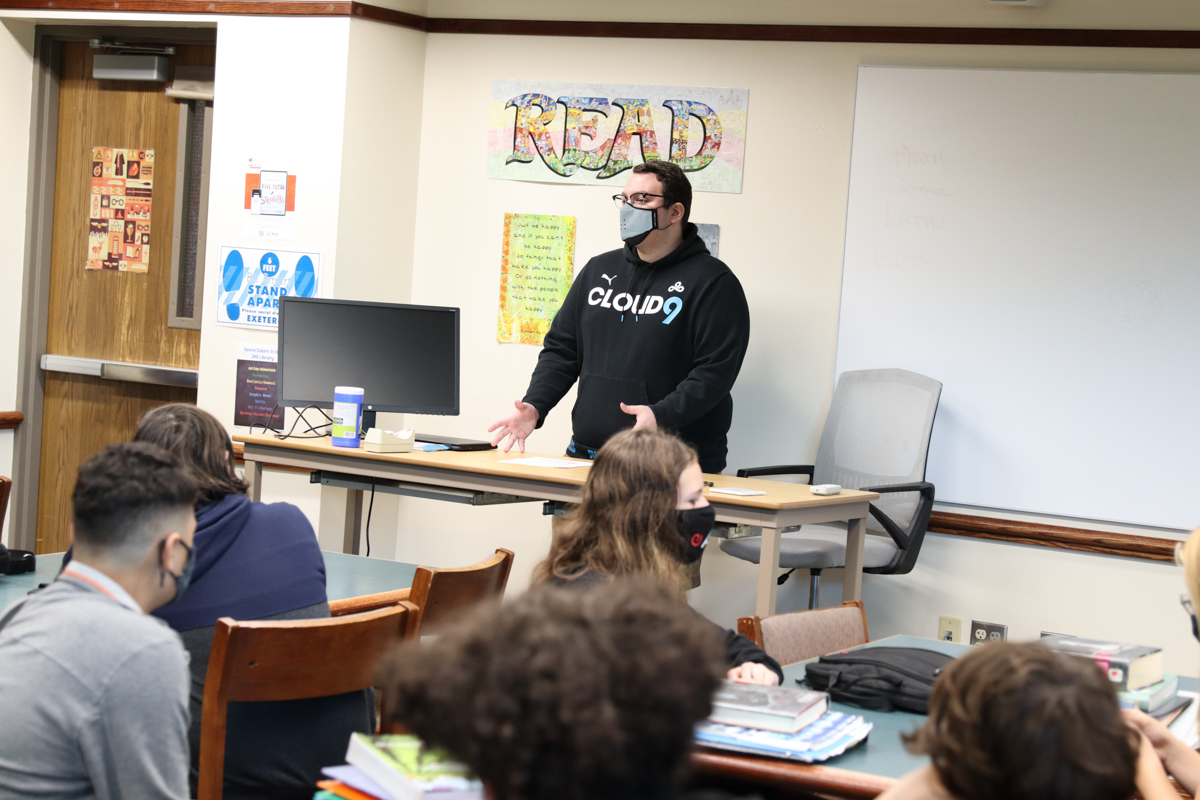 When Exeter alumnus Aidan Obritz '15 returned to Exeter Township Junior High this past week, he probably never thought he'd be welcomed like a celebrity, but students certainly treated him like one when they immediately launched into their enthusiastic questions for the professional gamer, who works as an e-sports coach for Cloud 9, a California-based company. With a degree in Japanese from the University of Pittsburgh, the pandemic forced Aidan to consider other job opportunities after graduation since his intent to move abroad became impossible due to worldwide travel restrictions. Looking for alternative opportunities closer to home, Aidan surprised himself by being able to turn a hobby into a career by first coaching at Arcadia University shortly after they debuted their state-of-the-art e-sports arena. Shortly thereafter, he caught the attention of Cloud 9 who brought him on board to be a professional coach for e-athletes. Now, he trains kids and adults how to play games such as League of Legends in a style he says is a lot like a soccer camp: "We run through drills, communication, teamwork, getting better at mechanics... all that good stuff." Marveling at his good fortune during such an unpredictable time, he says, "It's definitely a dream job."
During the day's events, Aidan was joined by other notable Berks professionals, including Mike Robinson, Executive Director of Community and Fan Relations/Internship Coordinator at the Fightin' Phils; Timothy Morgan, Territory Manager and Registered Nurse; Anthony Chaudry, Scientific Investigator at GlaxoSmithKline; and Heather Adams, Executive Director at BCTV.