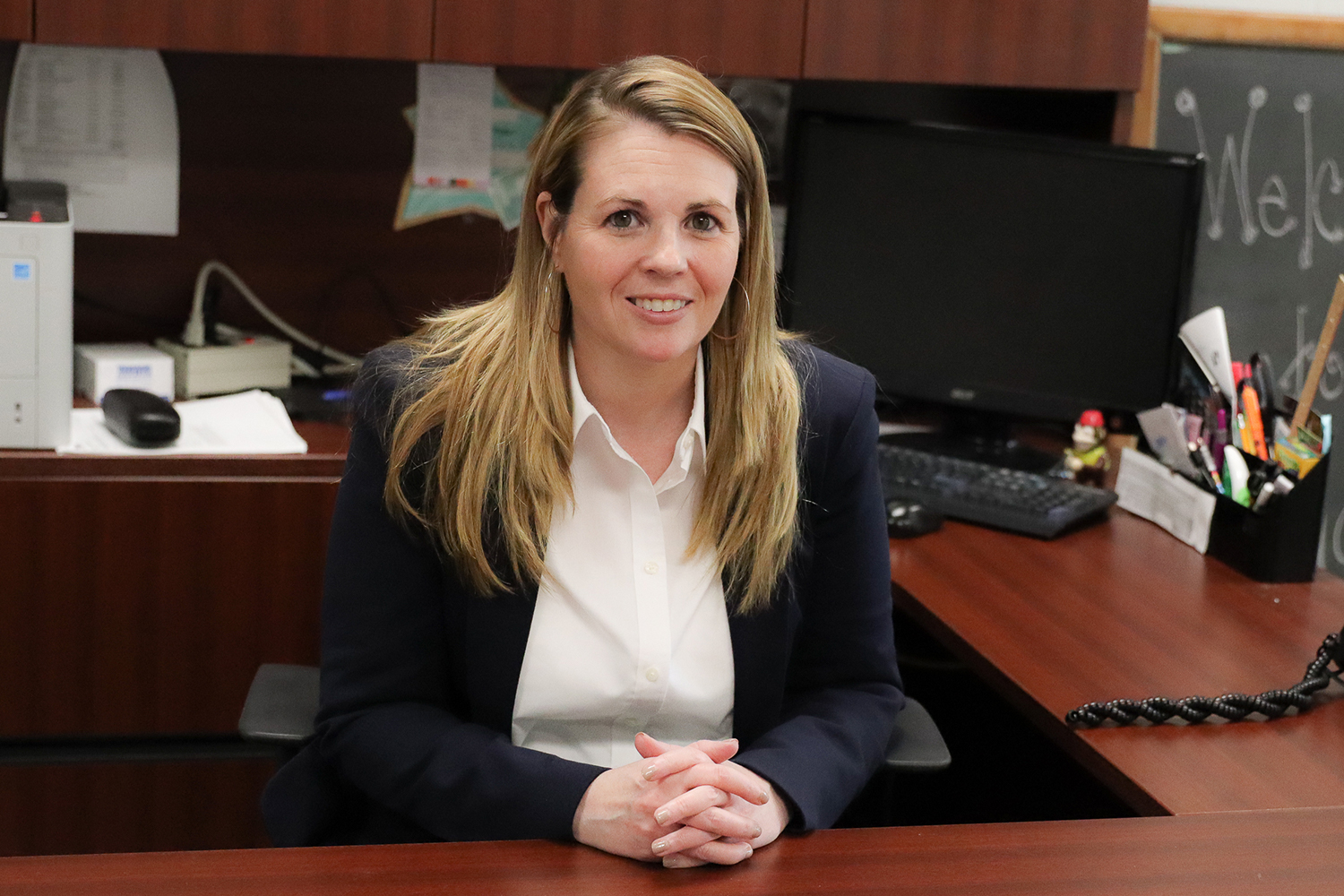 During the June 28, 2022 voting meeting, the Exeter Township Board of School Directors voted unanimously to approve a four-year superintendent’s contract for Dr. Christy Haller. She will receive an annual salary of $167,500 in her first year, which will begin on July 1, 2022.

Haller, who has worked in the district for nearly 15 years, currently serves as the district’s Director of Human Resources. Prior to her role in central administration, she led Owatin Creek Elementary as its principal for a year and Lorane Elementary as its principal for eight years, leading Lorane to a Title I Distinguished Schools Award. She first came to Exeter schools in 2008 as the assistant principal at Reiffton School. Before becoming an administrator in Exeter, Haller served as an elementary and middle school teacher and a reading coach and administrator in the Reading School District for 11 years.

Haller earned her doctorate in Educational Leadership and her Letter of Eligibility from Immaculata University, and her master’s and principal certification from Alvernia University, where she received the Founding Dean’s Award. She completed her undergraduate work in education at Kutztown University. Haller also serves on the board of the Exeter Community Education Foundation and is a former Exeter Community Library Board Trustee.

In addition to working in Exeter Township, Haller has lived in the township for 22 years and has three children: Riley and Jacob, who both recently graduated from Exeter, and Maggie, who will be in second grade at Owatin Creek in the fall. She is married to Dr. Christian Haller, an Exeter graduate and principal at Octorara Intermediate School.

In other administrative moves, the board approved:

Matt Hathaway’s appointment as Jacksonwald Elementary’s principal. Hathaway started his teaching career at Jacksonwald in 2004 as a third grade and fourth grade teacher, moving to Owatin Creek when it opened in 2011. He is a 2000 graduate of Exeter and is the founder of the nationally-recognized Teachers in the Parks (TIPs) program, which he developed in 2004 as he sought a fun and laid-back solution to help students retain math and literacy skills over the summer. Hathaway will replace Dr. Renee Mosser. He begins on August 15, 2022.

Diane Scornavacchi’s appointment as the district’s new Director of Human Resources. Since 2016, Scornavacchi has worked as the Human Resources Supervisor, and is a 17-year employee of the district in other support and instructional roles. She earned her HR Generalist Certification from the University of Florida and her master’s in Psychology with a concentration in Industrial/Organization Leadership from Capella University. She will replace Dr. Christy Haller as she moves into the superintendency on July 1, 2022.

Jessica Kaiser as the district’s secondary Special Education Supervisor. Kaiser comes to Exeter from the Wilson School District, where she served in the same role for nearly five years. Prior to that, she served as Twin Valley’s Student Services Supervisor for nearly 2 years. She holds certifications as a principal, reading specialist and in special education. She will replace Jillian Brodhead.