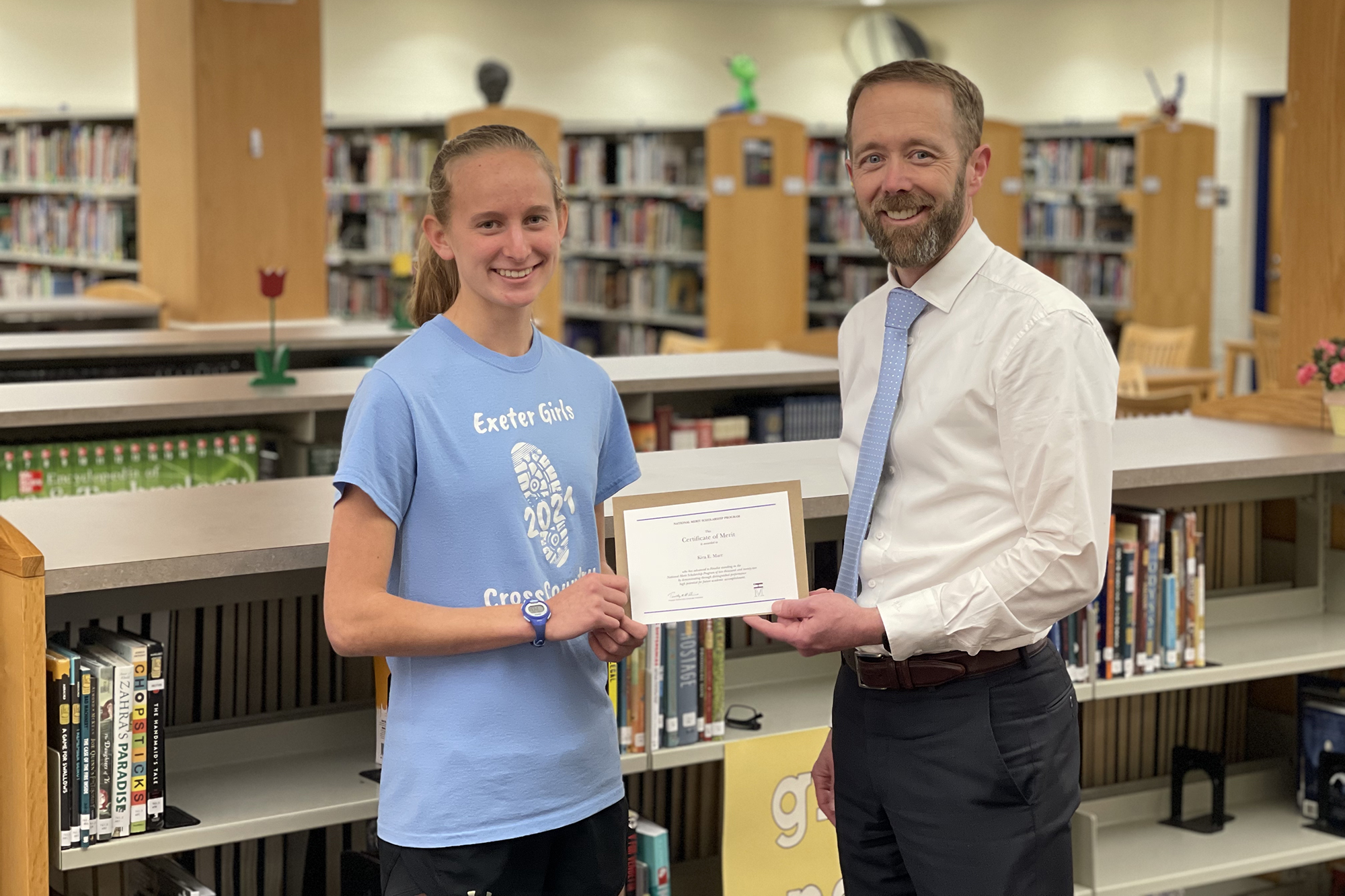 Our warmest congratulations to senior Kira Marr who was named a National Merit Scholarship Finalist--an honor achieved by fewer than 1% of US high school seniors.

Kira, the daughter of Drs. Paul and Kathryn Marr, earned this distinction by earning an exemplary score on the PSAT and SAT, achieving academic excellence in her schoolwork, receiving the endorsement of Principal Tom Campbell, and completing an application and essay. Kira, who plans to attend college for mechanical engineering to focus on environmental and climate change issues, has involved herself in technology-based extracurriculars throughout high school, including Science Olympiad, PA Governor's STEM Team and TSA. She's also involved in orchestra, Mini-THON and National Honor Society, and recently began a college essay peer-editing service for high school students through NHS. An accomplished runner, Kira's also been a member of the cross county, track and winter track teams and has qualified for district and state competitions in relay events. She's also volunteered her time during summers at Teachers in the Parks and Exeter Elite Track Club.

Kira said her involvement in academics and sports and her dedication to both have helped her become more confident and overcome insecurity as she's grown up, a theme that she wrote about in her National Merit essay. "Self-esteem and image issues have kept me, and many other people I am sure, from doing the things I wanted to do. I want people to know that we are given one chance to grow up and live our lives. I don't want to live my life pretending to be someone I am not, so I think it's important for people to be true to themselves and to be proud of who they are."

"Kira's a remarkable student. She's humble and such a support and giving to others around her," said Tom Campbell, principal of the senior high. "She's deserving of this honor, and we are so proud to have her represent Exeter in this national competition." Kira's advancement to the finalist round of the prestigious National Merit Scholarship Program will have her compete against 15,000 finalists to be selected for one of 7,500 scholarships, which will be announced later this spring and early summer. The academic competition launched in 1995 with approximately 1.5 million high school students entering the program each year.