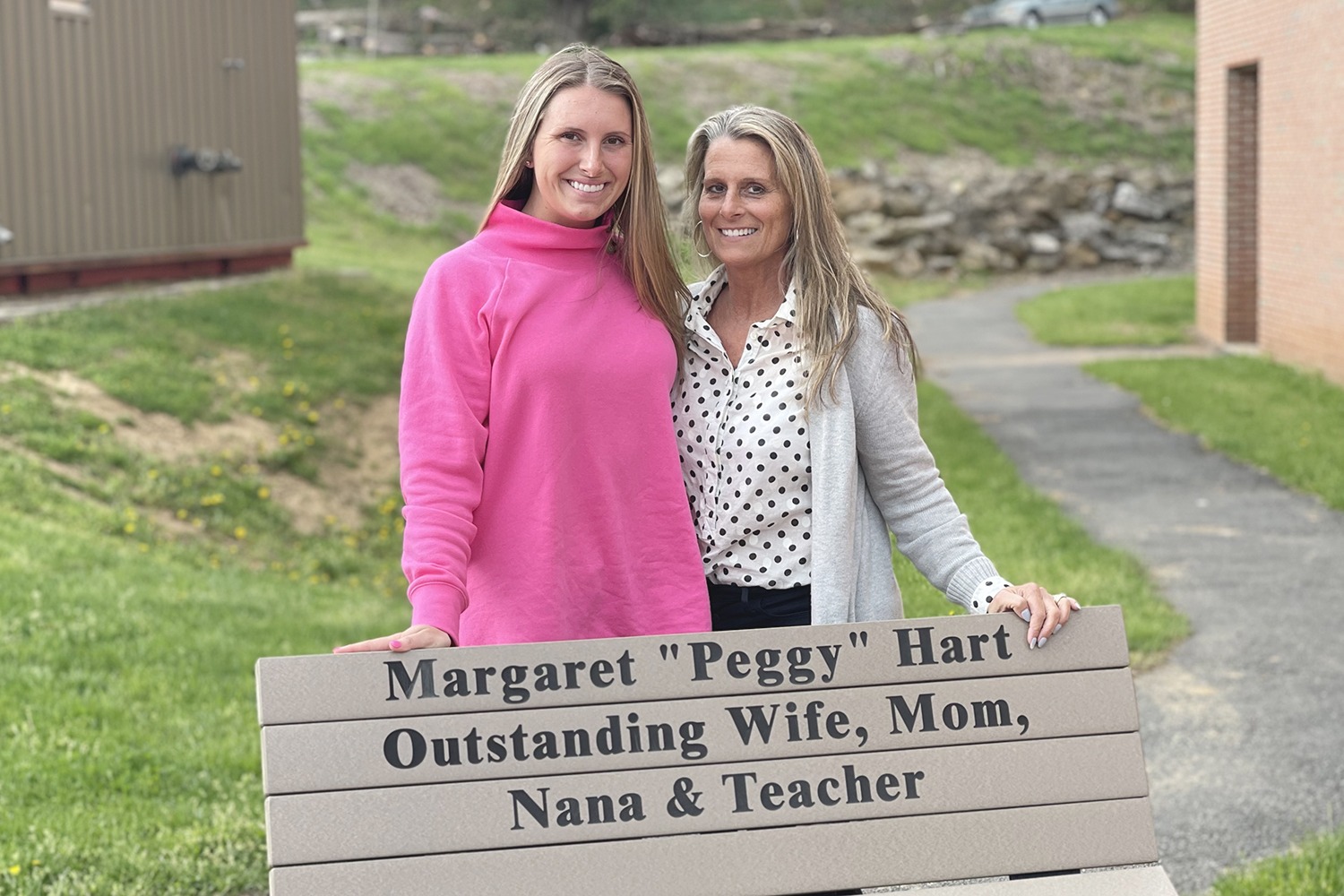 If you spend a few minutes with Kristine and Karlee Schmidt, you’ll soon discover that teaching at Exeter is more than a profession–it’s in their blood.

Kristine, a 1st grade teacher, and Karlee, a 3rd grade teacher, are mother and daughter, are both Exeter grads, and are both teachers at Jacksonwald–working just a floor apart from one another. But besides sharing the same workplace and the same sense of Exeter pride, they share the same inspiration for their careers thanks to their connection to Margaret “Peggy” Hart, an Exeter teacher for 38 years--and Kristine’s mother and Karlee’s grandmother. During her long career in Exeter, Peggy taught most elementary grades and later became a reading specialist before moving to the Senior High to “work with the neediest kids to help them graduate.” Although Peggy sadly passed away almost four years ago, her influence is still alive today in the thousands of students she taught, and by her daughter and granddaughter whom she inspired to carry on the tradition of teaching excellence that she nurtured here in Exeter.

“She was an icon,” said Kristine, speaking of her mom, who passed away at 85 years old. “Her dedication to teaching was so genuine and honest. She had so much love and care for the children she worked with. When I was growing up, we’d see students she had in the grocery store or somewhere, and they’d light up when they saw her because they thought she was so wonderful. I went into teaching because she inspired me to want to become a great teacher like her.”

Upon graduating from Penn State, Kristine knew she wanted to return to Exeter to begin her career, where her mom was still working. “It was really important to me that I stayed here, where I grew up and had a sense of community and a sense of pride. Working in the district for a few years with my mom, also, was just such a special time for both of us,” she said. Thirty years later, she never thought that history would repeat itself when her own daughter would join her by also returning to Exeter to teach.

Karlee, who taught her first year in the Owen J. Roberts School District, applied for an open position in Exeter last year, never thinking she’d be placed in the same school as her mom. Describing the day she was hired as emotional and celebratory, Karlee said that her mom started crying as soon as she found that she was placed in Jacksonwald. Now, she says, she checks in with her mom daily to help mentor and support her in her new role. “I was very fortunate to be inspired by two of the greatest teachers–my grandmother and my mom–and I feel so lucky to be back at Exeter to teach and to help inspire the next generation of Exeter Eagles.”