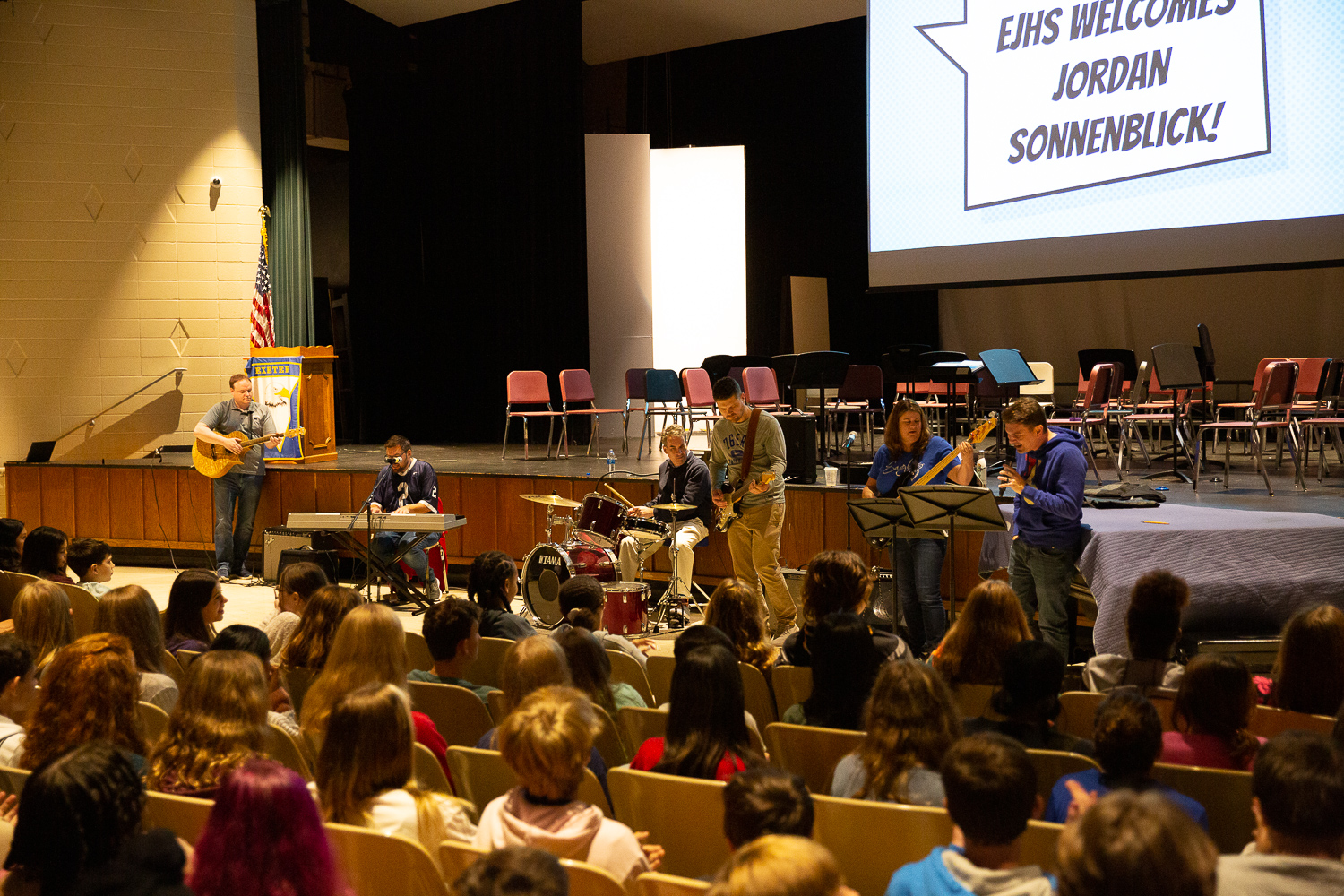 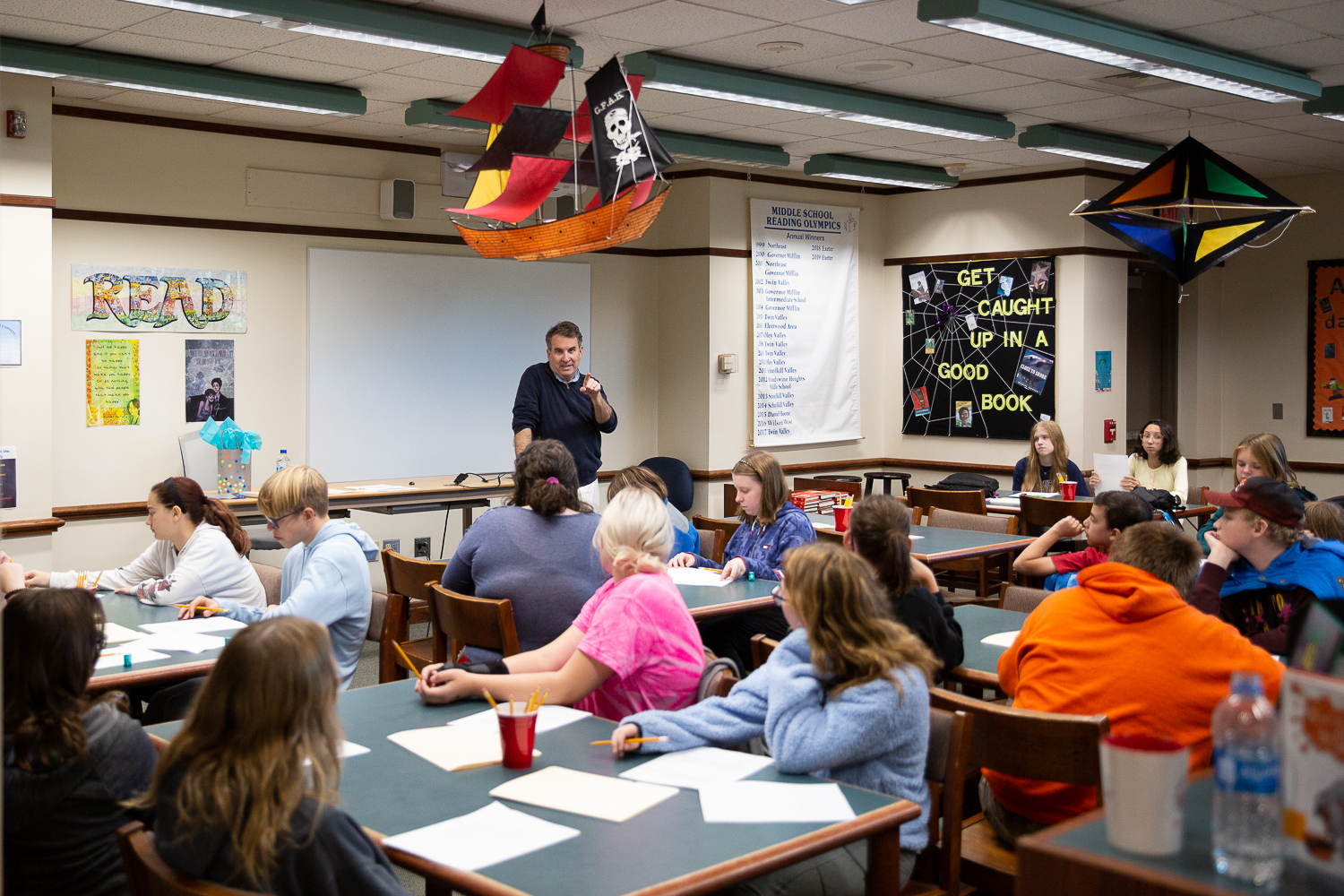 Most visiting authors usually open a school assembly with a funny story, a reading from one of their books, or some sort of PowerPoint presentation. But when Mr. Jordan Sonnenblick, the acclaimed young adult author of books such as “Drums, Girls + Dangerous Pie,” and “Zen and the Art of Faking It,” came to Exeter Township Junior High today, he opened his assembly behind the drums.

Music is a central theme of many of Mr. Sonnenblick’s young adult novels, often with his teenage characters finding solace, healing or popularity behind a drum, guitar or saxophone. So it was only natural for Exeter librarian Mrs. Kate Sowers to ask Mr. Sonnenblick if he wanted to incorporate music into his assembly and play with the Junior High's famed teacher-fronted rock band, “The Early Dismissals,” when he first came to visit the school in 2018. Fast forward five years later, when Mrs. Sowers invited him back, Mr. Sonnenblick happily accepted with a light-hearted caveat, “Only if we can get the band back together.”

Besides playing the drums today, Mr. Sonnenblick will focus a full day on inspiring 7th and 8th grade students to become better writers in writing workshops, assemblies and book signings. But, somewhat ironically, it was a student who inspired him to become a writer when he was an 8th grade English teacher and had a student in his classroom who was dealing with a sibling’s cancer diagnosis. As he explained to a hushed and packed auditorium this morning, in an attempt to help her, he looked for a book where the character was going through a similar situation–and came up empty-handed. It was then that he dedicated his nights and weekends to writing a similar story, which eventually became his debut novel, “Drums, Girls + Dangerous Pie.”

That book, written in 2004, is now being read by all 7th grade students in Exeter, which was a purposeful and thoughtful decision among the reading teachers to coincide with Mr. Sonnenblick’s visit as students had a chance to meet, talk with, learn from and be inspired by an author they were able to meet in person said Mrs. Sowers. “I hope Jordan’s visit today will help them learn a little bit more about the process, practice and hard work it takes to be a writer,” she said, continuing, “But I also hope that it inspires them to see that if he can do this, I can do this, and that their stories are important.”