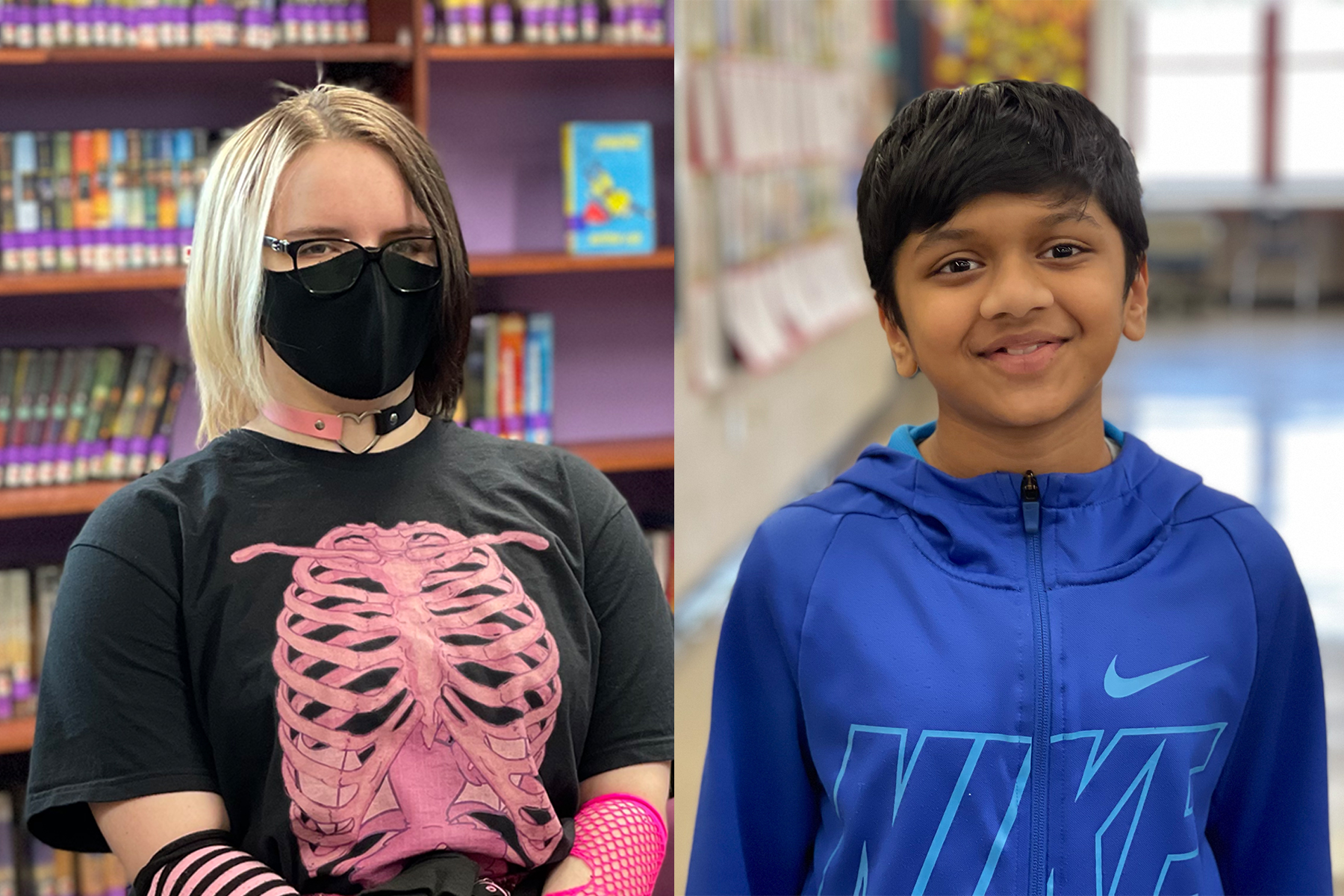 In this age of auto-correct and Grammarly, you may have thought that the art of spelling was d-e-a-d, but students at Reiffton and the Junior High still participate in a yearly traditional Spelling Bee to show off their skills as they tackle words such as “vuvuzela” (a plastic horn) or “excoriation” (chronic skin picking), both of which won 7th grader Casey Grzywacz (left) a first place finish for the Junior High; and “liability,” (being responsible for something), which won 5th grader Rinith Musuku (right) a first place finish for Reiffton. “I enjoy watching students excel at a skill that, in the 21st century, might be considered a lost art,” said Mrs. Cheryl Larson, a Junior High English & Language Arts teacher and advisor to the Bee for the past 28 years. But despite students spending hours voluntarily pouring over spelling lists with parents, classmates and friends to prepare for the traditional contest, the pandemic changed the actual day-of competition in schools as E.W. Scripps now offers school-level Bees in a virtual format instead of with students grouped together in a cafeteria or auditorium. “It was kind of odd,” admitted Casey, who has been participating since 3rd grade. “Doing it on the computer was so weird to me because it’s just so different listening to an AI (artificial intelligence)’s voice.” But despite the virtual format of this year’s contest, both students said their hard work and hours of preparation paid off. “It was a lot of work, but my parents are so proud of me,” beamed Rinith, who also won last year’s Bee in 4th grade.

Mrs. Larson, who believes that some students are gifted with the natural ability to spell well, is also so proud of Casey and Rinith, as well the 35 students who voluntarily participated and competed in the Bee–and she's hopeful that students can return to a more traditional Spelling Bee next year, which is what both Casey and Rinith are participating in when they advance to the regional Bee competition to be held in person on Sunday, March 13th in Wilkes-Barre. Please help us wish them lots of l-u-c-k in the next round!