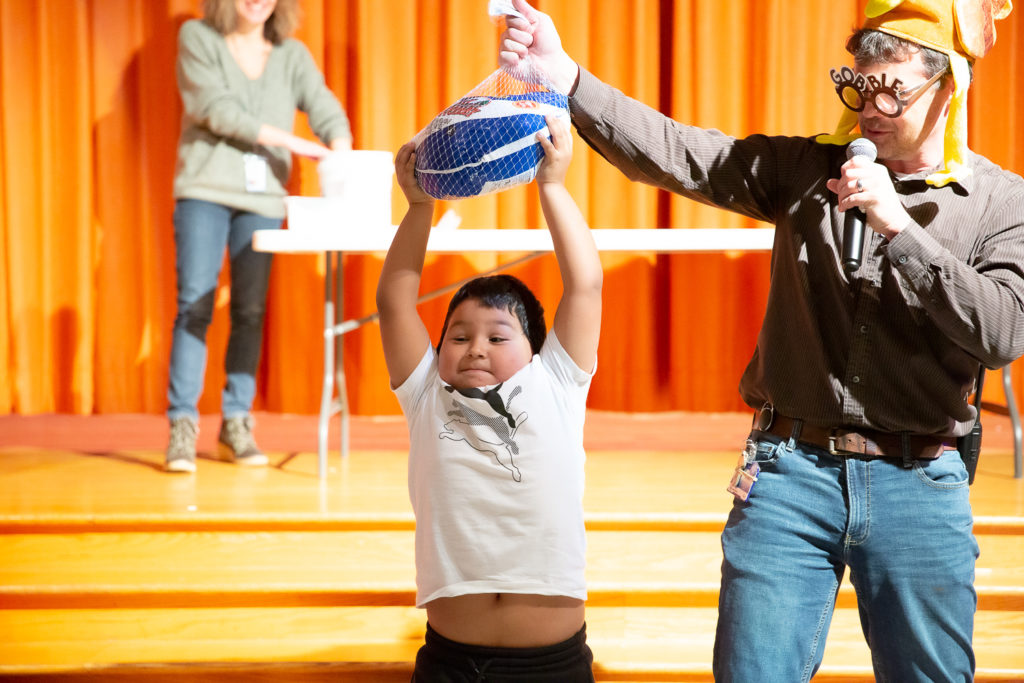 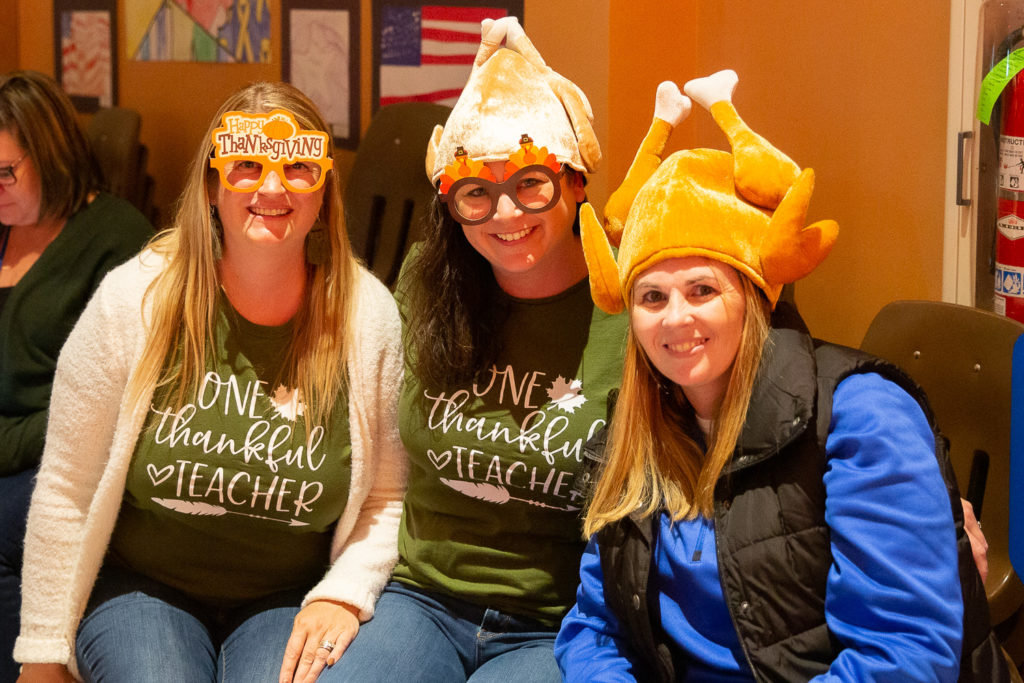 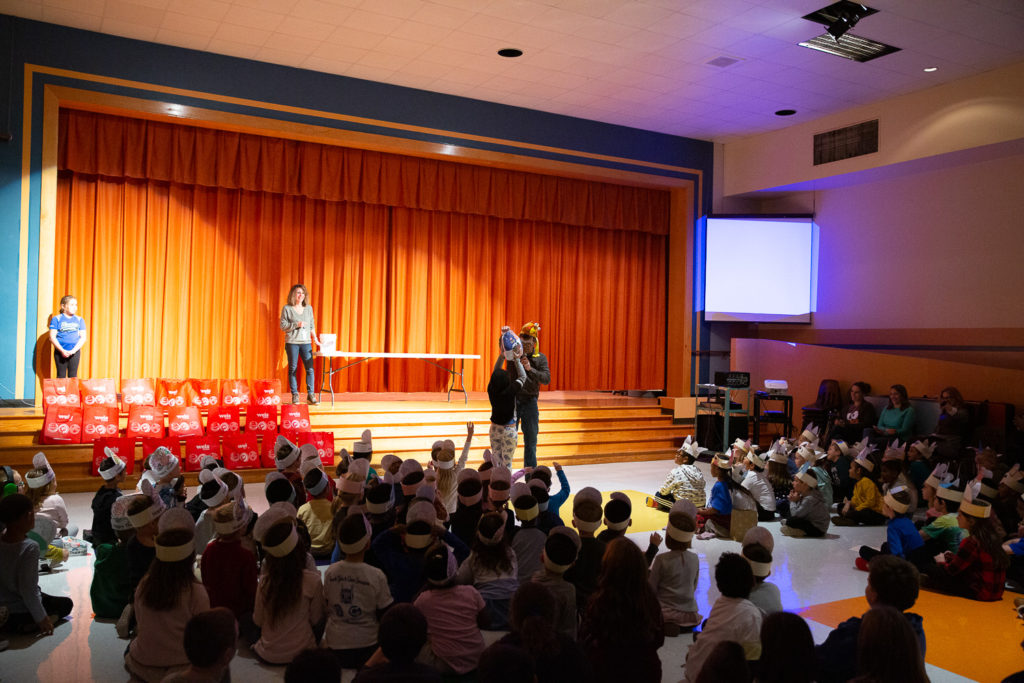 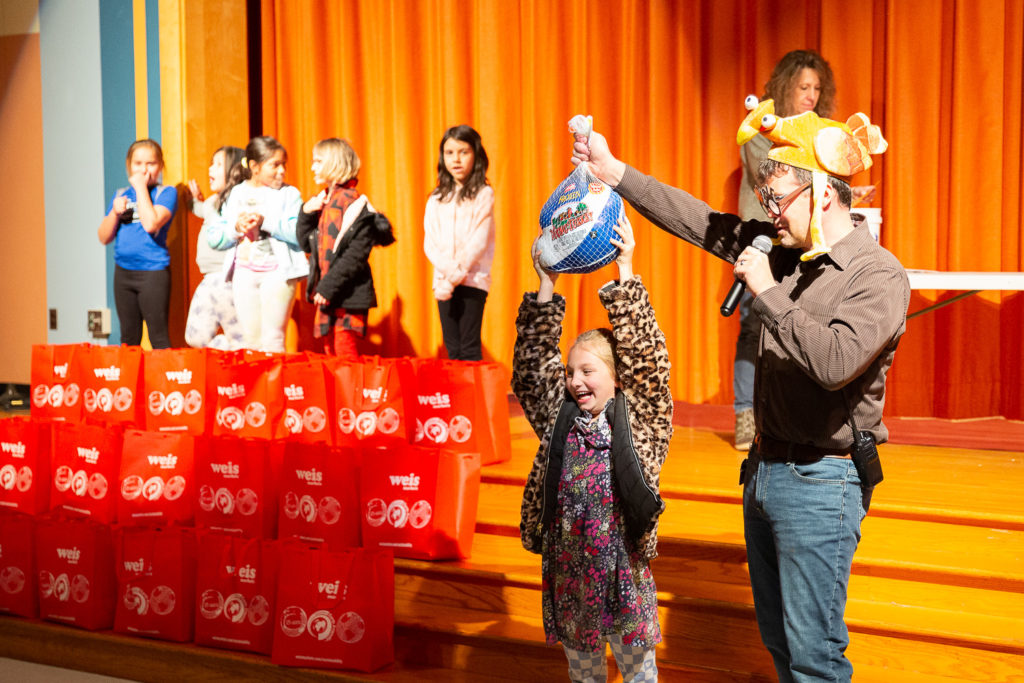 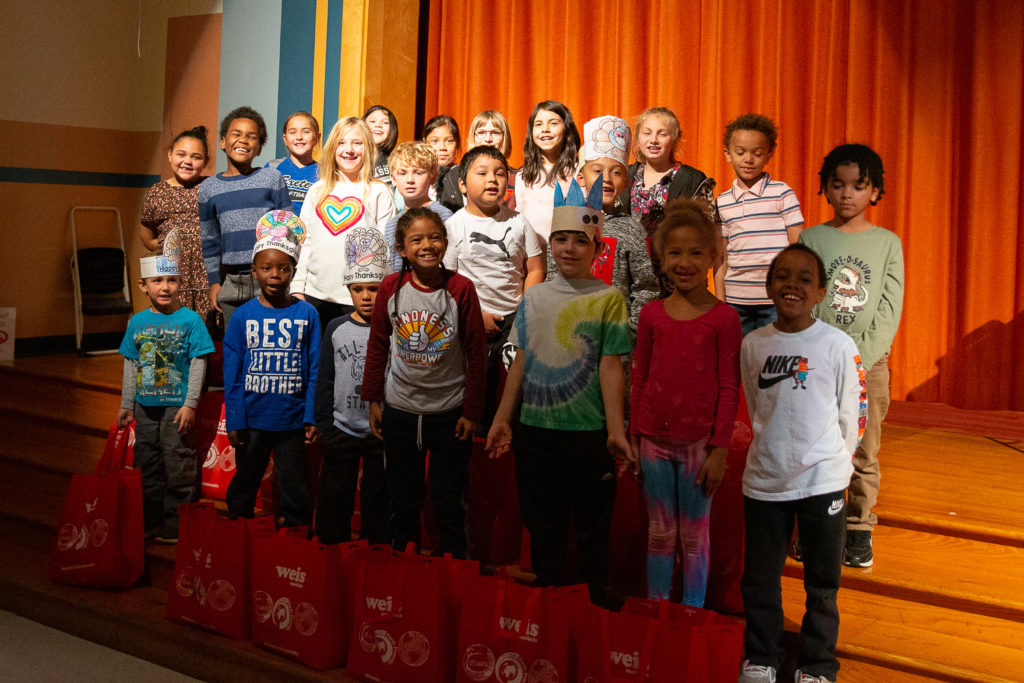 Thanksgiving traditions in Exeter include pumpkin pie, mashed potatoes… and elementary students winning and then hoisting frozen turkeys over their heads at Jacksonwald Elementary during the school’s annual turkey raffle.

Although the school tradition was largely unknown for the majority of this year's students and families due to the raffle being paused during the pandemic, excitement was palpable throughout the school on Friday afternoon as the raffle returned to everyone’s delight. Students chanted “Turkey! Turkey! Turkey!” as they wore handmade turkey hats and filed into Jacksonwald’s cafeteria to find out who among them would be a lucky winner of one of 20 donated frozen turkeys. Soon after they were all seated, Jacksonwald’s principal, Mr. Matt Hathaway, emerged from behind the stage’s curtain wearing a pair of turkey glasses and hat, eager to carry on a tradition and reward for good behavior that retired Lausch and Jacksonwald principal, Dr. Joe Schlaffer, started more than 15 years ago.

“The time we saw the most misbehavior was right before the holidays,” said Dr. Schlaffer, who reminisced about the origins of the raffle last week, which he started originally at Lausch and brought over to Jacksonwald when the building closed. “The whole idea was that kids could go home with a turkey, and when they get home, their parents were going to say, ‘Where did you get a turkey?’” And they’d be able to tell their parents they got the turkey at school for good behavior. I thought it was a win-win-win situation for students, their parents and goodwill in the community,” he said.

In keeping with tradition, Mr. Hathaway approached local grocery stores, farms and butchers to secure the frozen turkeys as a donation–a feat he said was not easy this year thanks to a turkey shortage. Weis Markets in Oley found humor and heart in the weird-yet-wonderful tradition, however, and agreed to donate 20 turkeys to give away to one student in each classroom. In also keeping with Dr. Schlaffer’s tradition, Mr. Hathaway insisted that each winning student turn and face their school mates packed into Jacksonwald’s cafeteria and lift (with assistance) the frozen turkey over his or her head to the delight and cheers of their peers.

Proud to carry on tradition, Mr. Hathaway said the raffle was such a part of the fabric at Jacksonwald that he said that some teachers became emotional when they heard the tradition was returning this year. “Some of our teachers cried,” he said. “It’s that much a part of who we are at Jacksonwald.”