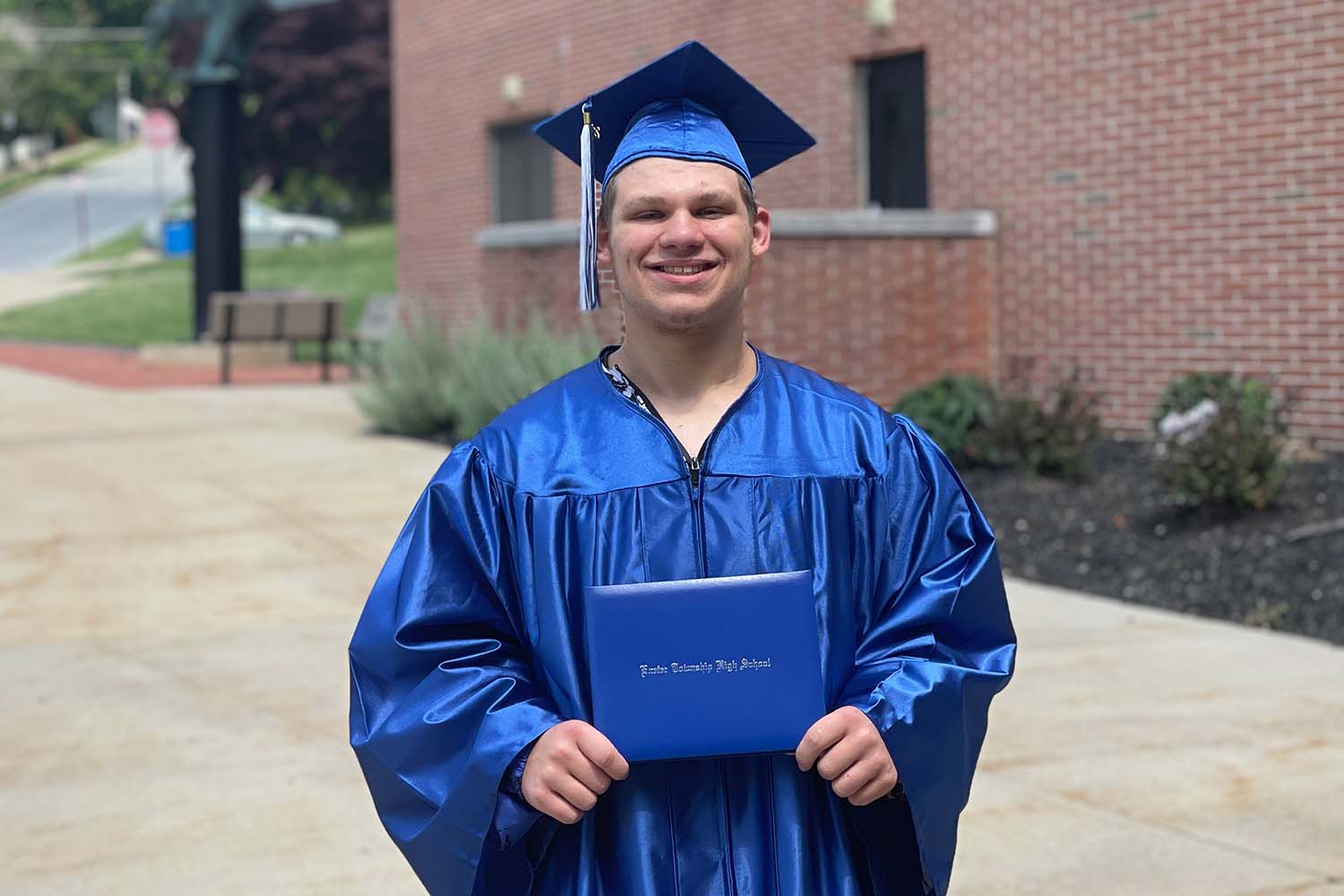 Austin Wilinsky wasn’t recognized at graduation for being the brightest or the most athletic student in the Class of 2022.

But he could have been recognized as the most determined.

While many seniors this past year were deciding where they wanted to go to college, Austin was deciding where he was going to spend the night. Homeless, Austin slept in shelters and on friends’ couches throughout his senior year, determined to finish school and graduate with his classmates–some of whom he remembers from kindergarten, or the year that his mom passed away from cancer. Since that fateful day in kindergarten, Austin’s journey throughout school was anything but predictable or traditional as his relationship with his remaining parent deteriorated as he was moved from home to home and dropped off regularly at friends and family members’ houses to sleep.

By the time he started his senior year, Austin knew if he wanted to graduate, he had to drop into a homeless shelter to live or drop out of school to find a job. Austin reluctantly decided to move into the shelter: “I did it because I needed a diploma. I also want a family one day, and I need a diploma for them. That’s what kept me coming to school.”

At school, Austin says he was so grateful for the support he received from counselors, social workers and teachers, who helped him with everyday needs such as deodorant, to lifelong needs such as helping him stay on track with his schoolwork and complete the extra credits that he needed to graduate on time. “Mrs. Rinehart (the district’s social worker) heckled me to come to school,” he says with a laugh. “But she also helped me find the shelter and gave me clothes. She literally gave me everything I needed. She was there for me all of the time. I would have never gotten through school without people like her helping me. I know that for a fact. They made me see what I could do for myself.”

Austin says he’s also fortunate to be supported by close friends who are always willing to lend him a place to sleep or a ride to school–including a friend he’s had since second grade, who is now helping him find a job so that he can eventually move into his own home. Despite his childhood experiences, he says it’s the support that he received at Exeter and from his friends that allows him to have hope about his future. “I’m glad so many people believed in me and made me see what was possible for myself.”